The Hall of Fame was created in 1997 to recognize and honor those MDA members who have made significant and lasting contributions to dressage in the United States. Nominations shall be made by the general membership. Nominations will not be limited to riders, trainers and instructors as there are many instances of substantial contributions to dressage by persons who have never competed in the show ring. This award shall not be restricted to those who have retired or passed away. Nominations should be sent to the Board of Directors who after reviewing biographical information and supporting data will make a final decision regarding a new inductee. 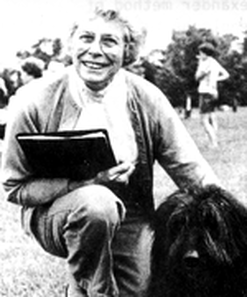 A longtime dressage enthusiast, judge and instructor, Violet Hopkins served the dressage community in many capacities including director of the MDA board, and as a Professional Advisor. In 1995, the $50,000 Violet M. Hopkins Dressage Fund was established in her honor by The Dressage Foundation. The program was developed to enable the USDF, Group Member Organizations, who need financial assistance, to offer clinics or educational seminars. 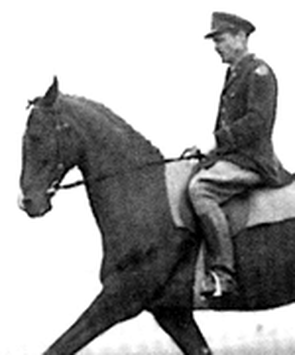 Major Borg's contribution to dressage includes riding in the 1948, 1952 and 1956 Olympic Games and the 1955 Pan American Games. He was one of America's foremost dressage riders and Olympians.

For many years at the renowned Red Bob Farm in Oxford, MI he gave numerous clinics, donating the proceeds to the MDA for future education. He supported the dressage community through these clinics and trained many individual riders for competition. Before his tragic accident in 1959, he judged many dressage competitions all over the United States. In 1999 Major Borg was recognized nationally by the American Horse Show Association with the Pegasus Medal of Honor, for his outstanding contribution to the horse industry. 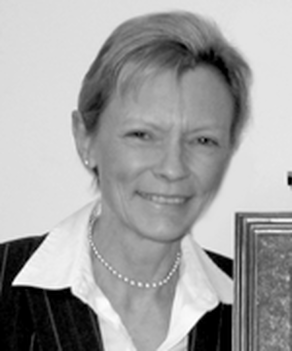 Dr. Hilary Clayton has not only made significant and lasting contributions to dressage in the United States but around the world. In 1997, Dr. Clayton became the first incumbent of the Mary Anne McPhail Dressage Chair in the Equine Sports Medicine at Michigan State University.

Dr. Clayton's research interests are in the area of equine sport science, especially biomechanics and conditioning of sport horses, and the interaction between rider and horse. Her research uses sophisticated equipment and computer programs to analyze the horse's gaits and movement patterns. She has published six books, scientific manuscripts and magazine articles on these topics. She also travels the world presenting her research at local, national and international meetings and conferences.

Dr. Clayton has earned her USDF Bronze, Silver and Gold medals. Anyone who has ever had the opportunity to observe Dr. Clayton interacting with her horses will immediately recognize that she is not only a scientist, equine competitor, but more importantly, a true horseperson. 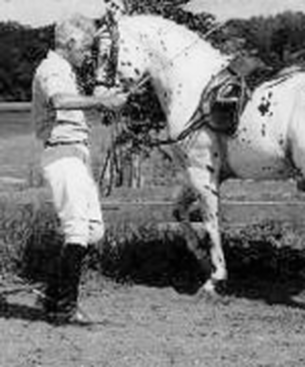 In 1950, he left Chicago and moved to the Detroit area. His vocation at that time was training hunters and jumpers, while his avocation was dressage. In the course of his career, Chuck trained 17 horses to Grand Prix level in dressage, a feat never accomplished by any other American; all of these horses competed in recognized shows and ten were shown in national dressage trials.

Throughout his life, Chuck Grant stressed the importance of teaching Americans to train American horses in hope of one day fielding an American Dressage team with American horses; however, this to date has not happened since prior to World War II. Therefore, we stress the philosophy of the late Chuck Grant presented in his teachings and pass this approach to those who are willing to learn to train horses.

Chuck Grant continued his work up until the time of his death in 1990. He left a rich legacy in the many fine horses he trained, and those who were privileged enough to know him and work with him received an irreplaceable gift from him with the knowledge he shared. 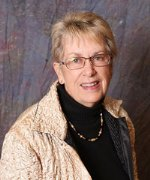 Maryal Barnett
Inducted In 2015.
The dressage community in Michigan is fortunate to have Maryal Barnett. She has over the years said an example for others to follow in her dedication to excellence, her accessible and understandable training methods, her personal dedication to self-improvement and most important her … “joy in seeing her students gain the ability to grasp a skill or concept through the lessons that she developed.” The last comment was made about her by Lilo Fore, a FEI five-star judge, an observation made while she was serving as an official USDF instructor certification examiner and faculty member.

Her resume is extraordinary. She has been involved in the USDF/Violet Hopkins National Seminars since 1979, first participating as a rider, and then participating as an instructor. You may remember that VI Hopkins was a founding member of the Midwest Dressage Association and Maryal continues to carry that standard forward with her involvement in those seminars as they grew and evolved as her responsibilities and expertise also grew.

​Her impact on the national dressage community is substantial. She is an official USDF Instructor Certification Examiner. She was the Chair of the USDF University Committee. She was elected to the Executive Board of the Dressage Foundation.
Best of all, she is an actual rider who has shown her own horses from Training through Grand Prix. She is a sought-after clinician throughout North America and beyond. she is a retired FEI “C” Dressage judge, A USEF “S” dressage judge, and a Canadian Equestrian Federation Senior Dressage Judge. She has participated for many years in international judge’s forums in Holland, Germany, and Québec, as well as the United States. She is also an Instructor, Examiner, and Senior Official for the “r” and “R” Dressage Judges Training Program.

​In her “spare time” she spends time at her home base, Nottingham Equestrian Center in East Lansing Michigan. it is with a deep appreciation for her life's work that the Midwest Dressage Association inducts Maryal Barnett into the MDA Hall of Fame. 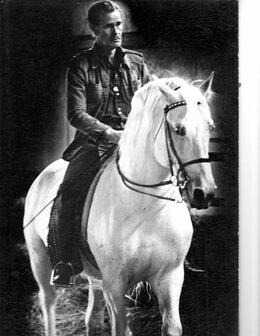 Mr. Rowe trained horses in Dressage up to the Haute Ecole or "Airs Above the Ground", as well as many champion competition horses and students for well over 60 years.
Mr. Rowe started training horses as a young boy in Omaha, Nebraska. His family made a living breaking and training wild horses. Mr. Rowe then left horses and joined the Navy and then the Army allowing him to travel to Europe and see other methods of training. In the 1940's Jim worked in Europe, while serving in WWII. Returning to the states his desire to work with horses continued, he taught at a stable in the Detroit area for a short time while working as an insurance investigator. Jim was transferred to Lansing in the mid-1940's when he purchased his first piece of property creating the now well know "Rowe Ranch".
During this time in Mr. Rowe's life he met his soon to be wife Sharon. In 1970, Jim and Sharon built a new facility in Okemos, Michigan where they taught dressage riders of all levels and horses of all breeds from Training Level to Grand Prix.
Mr. Rowe passed away in August of 2005.